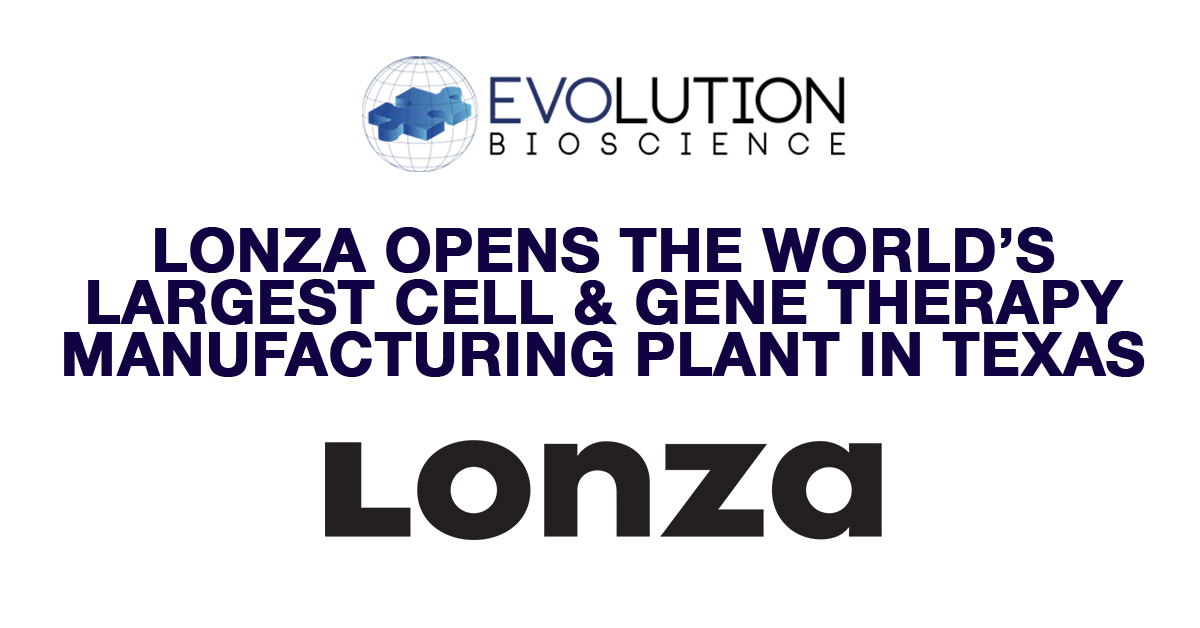 Swiss CDMO Lonza recently opened the world’s biggest manufacturing plant to produce custom viruses for use in cell and gene therapies. The facility, based in the Houston suburb of Pearland, will enable Lonza to meet the growing global demand for the viruses required by researchers, and assertively positions Lonza as a market leader in the cell and gene therapy space.

The Lonza Houston Center of Excellence is already up and running, with manufacturing operations for several clients already in production. The facility is expected to employ over 200 full-time employees by the end of 2018 and is one of Lonza’s four “Centers of Excellence for Cell and Gene Therapy” worldwide, alongside sites in the Netherlands, Singapore and New Hampshire, USA.

The new plant offers fully-integrated access to Lonza’s cutting-edge cell and gene therapy manufacturing technologies and process improvements. Andreas Weiler, business unit head for Emerging Technologies at Lonza Pharma & Biotech, states that the facility “will serve as a centre of excellence for cell-and-gene-therapy process development from concept through pre-clinical, clinical and commercialisation, all the way to the patient.”

In recent years a shortage of necessary engineered viral vectors has caused a bottleneck in the cell and gene therapy industry, with some researchers reporting delays of up to 2 years for the production of a batch of viral vectors. Based on the current pipeline of cell and gene therapies currently in development, Lonza predicts that these vectors will remain in high demand in the coming years.

Whilst Lonza is a Swiss company with strong roots throughout Europe, the company’s decision to base their Center of Excellence in the United States does not come as a surprise. Analysis of the current cell and gene therapy pipeline highlights that 58% of the 440 active clinical trials are currently being conducted in North America.

Regional evaluation of the clinical trials pipeline by current phase further supports Lonza’s decision to build the facility in the United States, as highlighted by the data in chart 3 below. There are currently 15 active Phase 3 trials in the United States, with a robust pipeline of candidates in earlier stages of development.

Despite growing demand and a strong clinical trials pipeline, Lonza’s strategy is not without risk. The use of cell and gene therapies remains in its infancy, and researchers face challenging quality and regulatory hurdles throughout the development process. Additionally, the exorbitant price tags of the few gene therapies that have already been approved in Europe and the United States has greatly hindered acceptance and usage by the healthcare community.

Lonza has mitigated these risks by designing the new Center of Excellence to make ingredients for multiple therapies, rather than the production of a few complete products. By diversifying products and ingredients, Lonza is distributing the risk rather than having all the eggs in one basket.

With the opening of four Centers of Excellence across three continents, Lonza are confident that cell and gene therapies will soon become mainstream. Lonza has invested significantly to position itself as a leader in this space, and given the current industry-wide shortage of cell and gene therapy products and the robust pipeline of therapeutics in development, it is likely that Lonza’s strategy will be rewarded in the near future.

All data has been sourced from clinicaltrials.gov, and is accurate as of April 11, 2018.