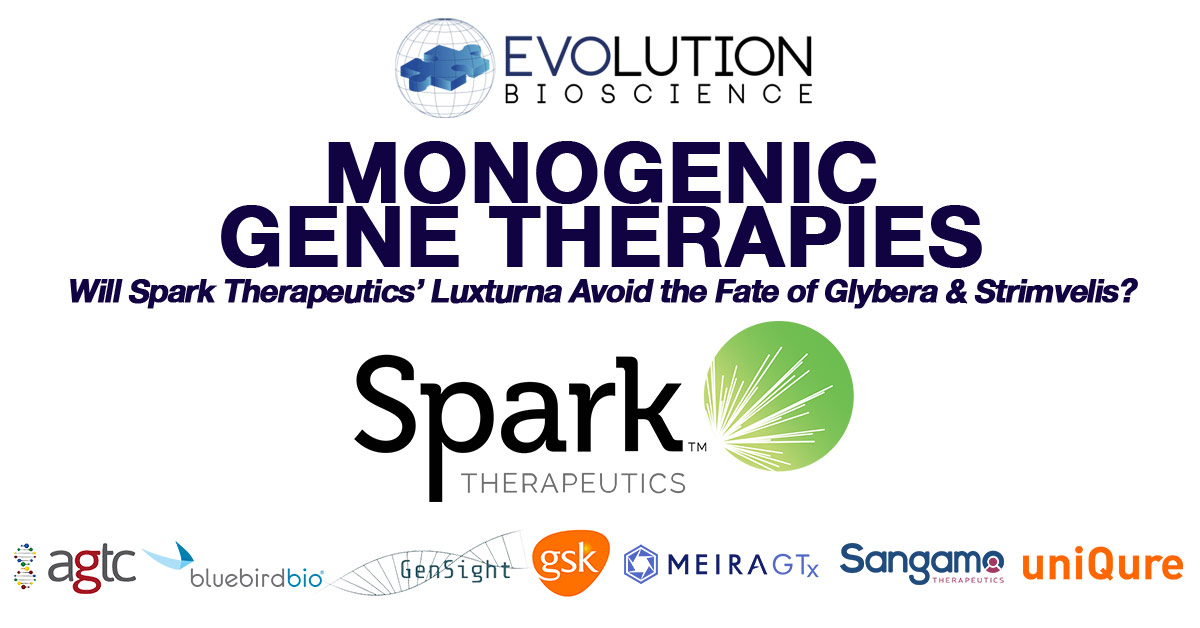 Philadelphia-based Spark Therapeutics recently received unanimous backing from an FDA advisory panel for Luxturna™, a one-shot gene therapy treatment for biallelic RPE65-mediated inherited retinal dystrophy (IRD). The condition affects around 3,500 individuals in the U.S. and Europe and is currently untreatable. The FDA is now expected to decide whether to greenlight the therapy by January 12, 2018. This marks a pivotal moment not only for Spark Therapeutics, but for all gene therapies currently in development.

The FDA panel based its decision on data from the primary phase 3 trial of Luxturna, in which 93% of participants showed some improvement in their functional vision as measured by the bilateral multiluminance mobility test. Luxturna was subsequently granted a rare priority review status, indicating that the treatment is likely to be approved in the next few months. The market reacted positively to the news, with Spark Therapeutics shares climbing as the company moves a step closer to becoming America’s first FDA-approved gene therapy. It should be noted that there is a small chance that the FDA goes against the advisory panel and rejects the treatment, as agency reviewers have questioned the clinical endpoints used in the trial and long-term effects of the treatment remain unknown.

Exploring the Commercial Viability of Luxturna

Given that Luxturna is a one-time treatment, if approved the treatment is expected to cost upwards of $650,000, with several analysts predicting the price tag will be closer to $1m. In next three years, it is estimated that only 1165 patients will receive the treatment, raising further questions regarding the commercial viability of Luxturna. The commercial failures of UniQure’s Glybera and GSK’s Strimvelis will surely serve as a cautionary tale for both Spark Therapeutics and the company’s investors.

The first ever gene therapy approved in Europe was Glybera, developed by Dutch gene therapy pioneers UniQure and released to market in 2012 with a price tag of $1.2m. In April 2017, after 5 years of being on market, UniQure announced that it will not be pursuring a regulatory renewal for Glybera due to lack of demand. Only one patient has received the treatment since the approval and renewal will require further investment from UniQure in order to meet the expectations of the European Medicines Agency. Glybera is unlikely to be released in the US as the FDA would require UniQure to conduct more clinical trials prior to approval. Consequently, UniQure has switched its focus to haemophilia B gene therapy and announced that the pivotal study will begin in 2018.

GSK’s Strimvelis, a gene therapy that cures severe “bubble boy” immunodeficiency stemming from a lack of adenosine deaminase, was approved in Europe in May 2016. Having noted Glybera’s commercial struggles, GSK opted to lower the price of Strimvelis to $665,000 and offered a money-back guarantee should the treatment be unsuccessful. GSK treated its first patient in March 2017, however the company declined to say how the treatment was paid for. GSK spokeswoman Mary Anne Rhyne stated that the company “are not leaving cell and gene therapy R&D behind,” but will instead shift focus to oncology and more common conditions, indicating that GSK is likely to move away from developing gene therapies for hyper rare diseases.

Given the historical precedent set by Glybera and Strimvelis, it is possible that Spark’s Luxturna will end up suffering a similar fate. Although the prevalence of IRD (Luxturna) is higher than lipoprotein lipase deficiency (Glybera), the anticipated $650k+ price tag is still high. If no new funding system is in place, it is unlikely that there will be significant demand for treatment in Europe. The situation in US is slightly more promising with regards to financial support from private insurers and taxpayers via Medicaid.

Of the 56 ongoing trials in our data visualisation, 8 trials (14.29%) are currently at phase 3. GenSight Biologics currently has three phase 3 trials to treat leber hereditary optic neuropathy, whilst Bluebird Bio has two active phase 3 trials for its gene therapy for Beta-Thalassemia. Other companies with a gene therapy currently undergoing phase 3 trials are AveXis, Spark Therapeutics & ViroMed.

Why So Expensive? How Will the Pricing Issues be Mitigated?

Gene therapy price tags remain extremely high due to several factors. The cost of development remains high due to preclinical expenses and manufacturing complications that arise from the personalised ex-vivo approach, which requires individualised manufacturing for each patient. Additionally, standard drug therapies usually require multiple rounds of application, whereas gene therapies often only require a one-time application that will ideally cure the condition forever. Conversely, the FDA offers tax breaks for the therapies which are granted the orphan-drug status and allow extended exclusivity periods, which facilitates the research in the field of rare diseases, but at the same time allows biotech companies to have absolute control over pricing.

There are some potential solutions to mitigate the pricing issue. Some existing genetic disease are more prevalent than others and still could be considered under orphan status. The best example of this is cystic fibrosis, which is found in 70 people per million and has a great potential for successful commercialisation and high return.

Smaller biotech companies such FIT Biotech and Avacta have collaborated to make gene therapy highly specific and affordable. FIT Biotech has developed Gene Transport Unit technology, which is different and found to be safer and prolong the effect. Avecta’s Affimer technology will allow more precise vector delivery to a difficultly accessible target. By combining research from both companies, they are planning to make more efficient and precise therapy, which could potentially lower the cost.

A consortium of key gene therapy players has proposed a value-based payment system in which the patient only pays the fee back if it helps to manage or reverse the condition. Whilst this offers obvious benefits for patients, several questions remain unanswered: who is going to pay if condition returns after the several-million bill is charged? What is going to happen if patient does not turn up for checks to prove the remission status?

Spark Therapeutics CEO Jeffrey Marrazzo has thus far remained coy on the pricing model for Luxturna, refusing to commit to either a value-based payment system or the traditional single charge model.

By 2024 the gene therapy market is expected to reach $4-5B, however it is important to realise that within these value predictions there are no proposed solutions to current pricing issues. The robust pipeline of monogenic gene therapies highlights that the race between companies is becoming increasingly competitive in spite of these pricing issues. With multiple gene therapies currently undergoing phase 3 trials and a strong pipeline of candidates in early-stage development, key industry players must continue to explore every option possible to mitigate the pricing issues that continue to haunt UniQure and GSK.